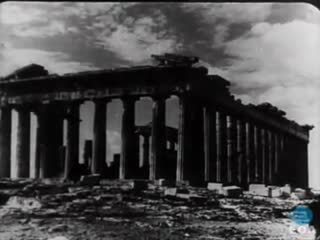 19th Meeting of Clergy of the Greek Orthodox Archdiocese of America.

Arrival of the Archbishop of North and South America Iakovos to the Athens airport to participate in the Clergy-Laity Congress of the Archdiocese of North and South America, following a visit to the office of Prime Minister G. Papadopoulos, and a wreath to the Tomb of the Unknown Soldier in Greece,later the official start of the meeting at the Odeon of Herodes Atticus.

This video is part of the Subbit! Thessaloniki event that is currently closed.

Draw for the Special Bonds Lottery of the Loan for the Economic Development 6,5% for the year 1970 at the Hall of the State's Lotteries

Vanessa Redgrave visits refugee camp in the port of Piraeus

Navy's exercise in the Gulf of Saronikos.